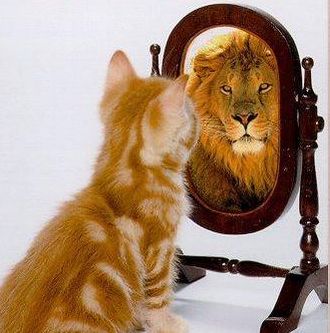 One Moment in Time…Forever Changed

As a young child, I hated PE class. I had embarrassingly poor eye-hand coordination, so when a football, softball, kickball, or any kind of ball rushed toward me, there was a very high probability I was going to miss it, drop it, or trip over it. As a result, I knew I did not have an athletic bone in my body. I broke out in a cold sweat whenever it was my turn to take the field.

And then came sixth grade. Thanks to a persistent sixth-grade teacher, I begrudgingly participated in my first-ever track and field day, sure it was going to be another awful athletic experience. However, this time was different. I ran the 600-meter and finished in third place. I was so shocked and amazed, you would have thought I had just won a world-class event. For the first time in my life, I realized that I was fast – it didn’t matter that there were only six racers, I had won a third-place ribbon!

And from that moment on, I believed in my new-found athletic ability. In both middle school and high school, I continued to run, breaking school and state records in the quarter mile. I participated in the state track meet as a both a quarter-miler and a member of the mile relay. Nothing was going to stop me. I was an athlete, and I knew it. And had it not been for my sixth-grade teacher nudging me to run the 600-meter race, I would likely still believe myself utterly and unapologetically un-athletic.

Similarly, many people believe that either you’re good at math or you’re not, just as I once believed either you’re athletic or you’re not. School experiences serve to reinforce this notion. Students stay stuck in the mindset that they do not have a mathematical cell in their bodies, and they give up. Without a turn-around experience, this mindset follows them into adulthood.

I’m passionate about helping children and adults rethink their individual and cultural mindsets about mathematics. Last month, I had the opportunity to participate in my very first podcast, and this is the very topic we discussed – everyone has the ability to be good at math, but far too many of us never arrive at that conclusion. Just as I had an ‘”aha!” moment that led me to believe in myself as an athlete, everyone deserves an “aha!” moment where they realize that they can be good at mathematics. 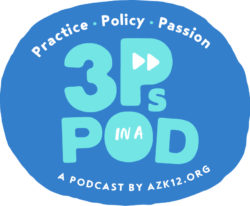 Click here to listen to my first-ever podcast, No Such Thing as a Math Gene. Thanks to the Arizona K-12 Center for hosting me on their podcast, 3 P’s in a Pod. Please take a listen and let me know what you think.

I would love to hear about a turn-around experience in your life that led to a changed belief in yourself (math or otherwise). How do we cultivate this kind of self-belief in ourselves and in our work? Please join the conversation by leaving your comments below.